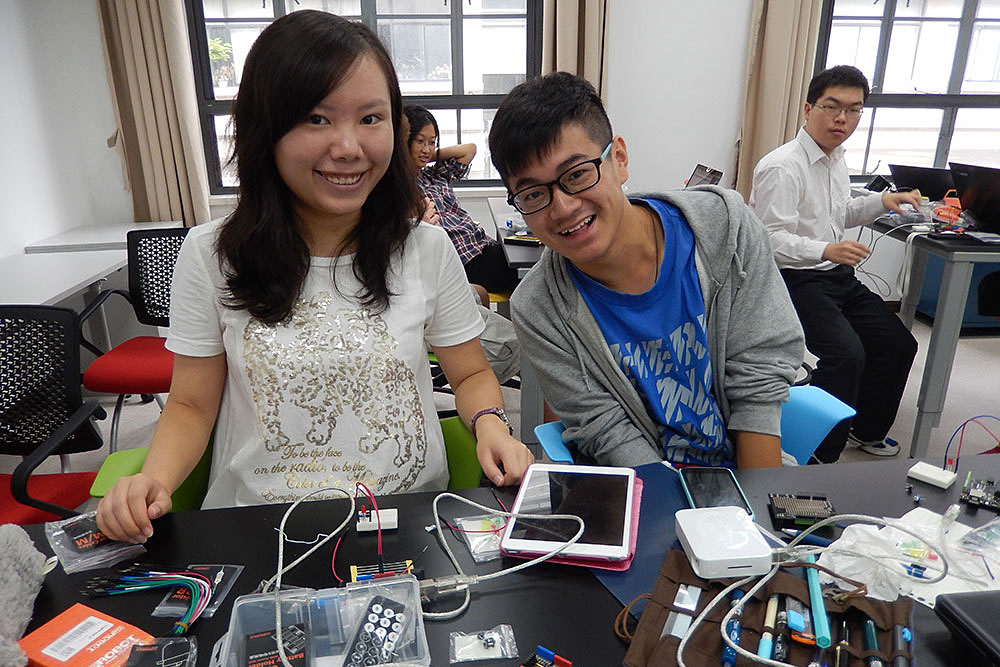 OverlaysShareTweet
PreviousNextPreviousNext
In this course students will be asked to think beyond the conventional forms of human computer interaction (i.e. the keyboard and mouse) to develop interfaces that consider the entire body, the body’s capacity for gesture, as well as the relationship between the body and it’s environment.

Students will learn the fundamentals of electronics and programming as they build projects using the Arduino microcontroller platform. Arduino is a small computer based on Open Source hardware and software. When used in conjunction with various sensors and actuators, Arduino is capable of gathering information about and acting upon the physical world.

In addition to these physical computing techniques, students will also learn to harness the methods of traditional computation. The fundamentals of programming: variables, conditionals, iteration, functions and objects, will be explored through the use of the Processing programming language.

Students will gain a deeper appreciation of the expressive possibilities of computation as they learn to author their own software, and not simply use that which has been provided to them. Additional topics will include digital modeling and fabrication using 3D printers and laser cutters, the manipulation, presentation, and exchange of data, algorithmic drawing and animation techniques, as well as control of images, video, and audio. Structured weekly exercises are aimed at building specific skills, however students are free to pursue their own diverse interests in their midterm and final projects.